Here are a few pictures of Freya and me and other things. And the pond, and the fort. 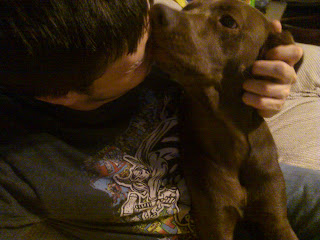 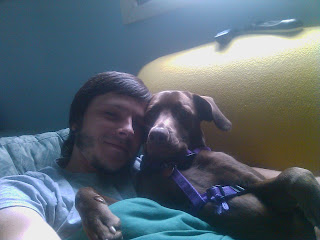 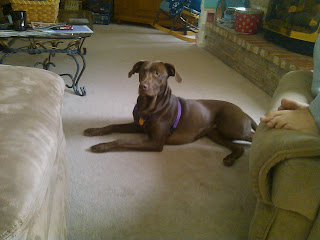 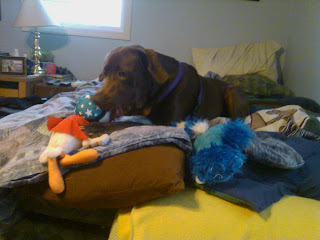 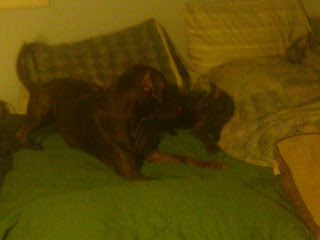 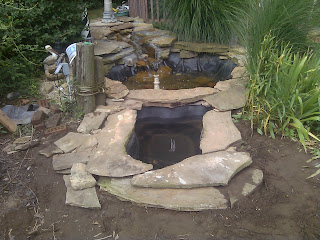 This is the pond jerk that has made me so angry. 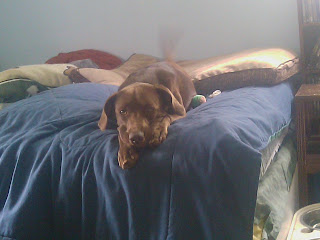 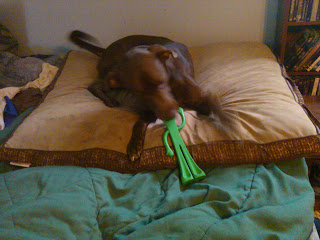 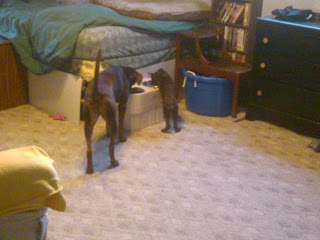 Coco and Freya being pals. 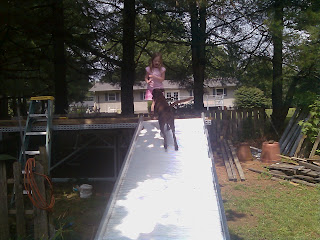 Freya and my niece on the fort...yes this thing is so big we are using a hijacked trailer truck unloading ramp as a means of getting on it.
Posted by Jeremy Conner at 8:01 PM 2 comments:

Life with Freya has been an adventure. She is daddy's spoiled little girl. But I couldn't say why...I don't suppose I spoil her, but my lord you'd think I gave her everything she ever asked for (and yes she asks, folks, Freya knows four languages aside from K-9). I guess I could be more strict, but I don't care if she sleeps in the bed...However I do care if she eats human foo, so no scraps. I Who knows, maybe I'm just the world's greatest owner and I don't realize it. But probably not, otherwise she wouldn't eat all of the belongings! Pulling garbage bags (sans garbage) out of a garbage can, only to leave garbage (sans garbage bag) in the can...crafty. She eats tissues and toilet paper and diaper that have been used. She rarely uses the bathroom inside though, maybe a forced accident, and even then she has A spot so we always know.

She does love to play on this giant fort we are building....yes a fort, pictures forthcoming, naturally. She loves to live on the edge and fall into the stupid useless jerk ponds. She love eating honey bees, even if the do leave stingers in he chin like a poorly shaved middle aged comic book store owner. She will bark without cause or concern of people, surroundings, or logic when she hears a person coming to the door. But she is loyal as a dog should be. We share the couch while watching TV, or reading, writing, or just sitting.

She loves our newly converted outdoor to indoor cat Coco and there will be a picture of them sharing food and water.

She loves kids but is over eager with them.

She is terribly allergic to fleas.

And she is the worlds greatest dog.
Posted by Jeremy Conner at 3:49 PM 2 comments:

Ok...this pond has become an uber-fiasco...over the past year of not blogging about it, I have had to drain and redo it countless times. We have bought a plethora of fish that have all died, all the while my babies have lived peaceably. Until we added on to the new section...then Pam died after being trapped and starving...then I thing a massive bull frog ate Jim....then the other day I found my favorite, my wonderful Dwight floating...so here I am, 15 fish, myriad pond attempts, and some angry days later giving you guys the heads up...my boys and girl are gone. I will post all sorts of things over the coming weeks to show progress, regress, and whatever else I have.

If one thing comes from this that is cool...when they died they dried like seashells, so I have let them sit and dry in the sun then applied lacquer to them for posterity...
Posted by Jeremy Conner at 11:46 PM 4 comments:

Our friend Sally passed away this year, victim of a dog attack. This is one of the last images of her frolicking in the snow. 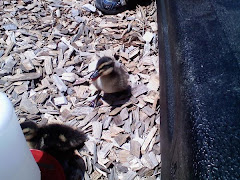 Playing on the playground.

Conner and Sally and Freya

For those of you just happening upon, and are not familiar with, I am Jeremy, and these are my ducks, Conner and Sally.
This is my first time owning a duck and, considering they are ducklings, this is their first time being raised by a human. Together we are going to see how raising a duck works, and I will be sharing this with you all every step and major milestone along the way. So come in, sit down, and enjoy a romp in the pond with Conner, and Sally.

With the newest edition to our family, we are a troop of beasts, duck, human, and dog. Enjoy our exploits.